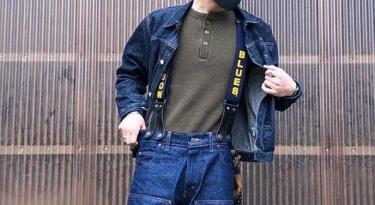 Prison Blues is an American workwear brand selling starchy blue jeans and rigid trucker jackets for around $50. It's a niche label—If Levi's is the giant of the jean world, Prison Blues is more like an ant scurrying But the brand's affordable clothes have lately caught the attention of young, fashion-conscious folks in Japan. A flip through Prison Blues' tagged photos on Instagram reveals a plethora of Japanese fans wearing its midnight-blue jeans and chunky denim jackets with leopard-print coats, technicolor Coogi sweaters and vintage neckties.

“The Japanese market is creating some new fashion trend with Prison Blues," said Jered McMichael, one of the brand's Oregon-based vendors, whose family has sold the brand for nearly 20 years. In Japan, Prison Blues is “not famous, but some people like it," said Imaichi Hayami
Share|
Go Back
Posts by Category