Go Back
Jason Bown
07/14/2022
Posted By: DreamingCode Admin
Jason Bown – How He Became the Best Version of Himself

Nobody first thinks of prison as a land of opportunity.

For most of the men and women who are sentenced to time in Oregon prisons each year, prison is, at best, a course correction. For some it's a forced detour around a road that was falling apart. For others, a prison cell is a timeout from the life they look forward to jumping right back into.

Many walk through the prison gates angry and resentful. As one new arrival put it, "I wanted to watch the world burn." This bitterness, if carried through incarceration, is what leads many to let the more destructive parts of prison further erode their path in life. It's the sort of thing that results in the revolving door prison is known to be.

In some areas of the country, as many as forty percent of those who leave prison re-offend in their first few years of freedom. Oregon recidivism, on the other hand, is roughly half that number. Why is that? Does the landscape of the Oregon Department of Corrections provide a land of opportunity? 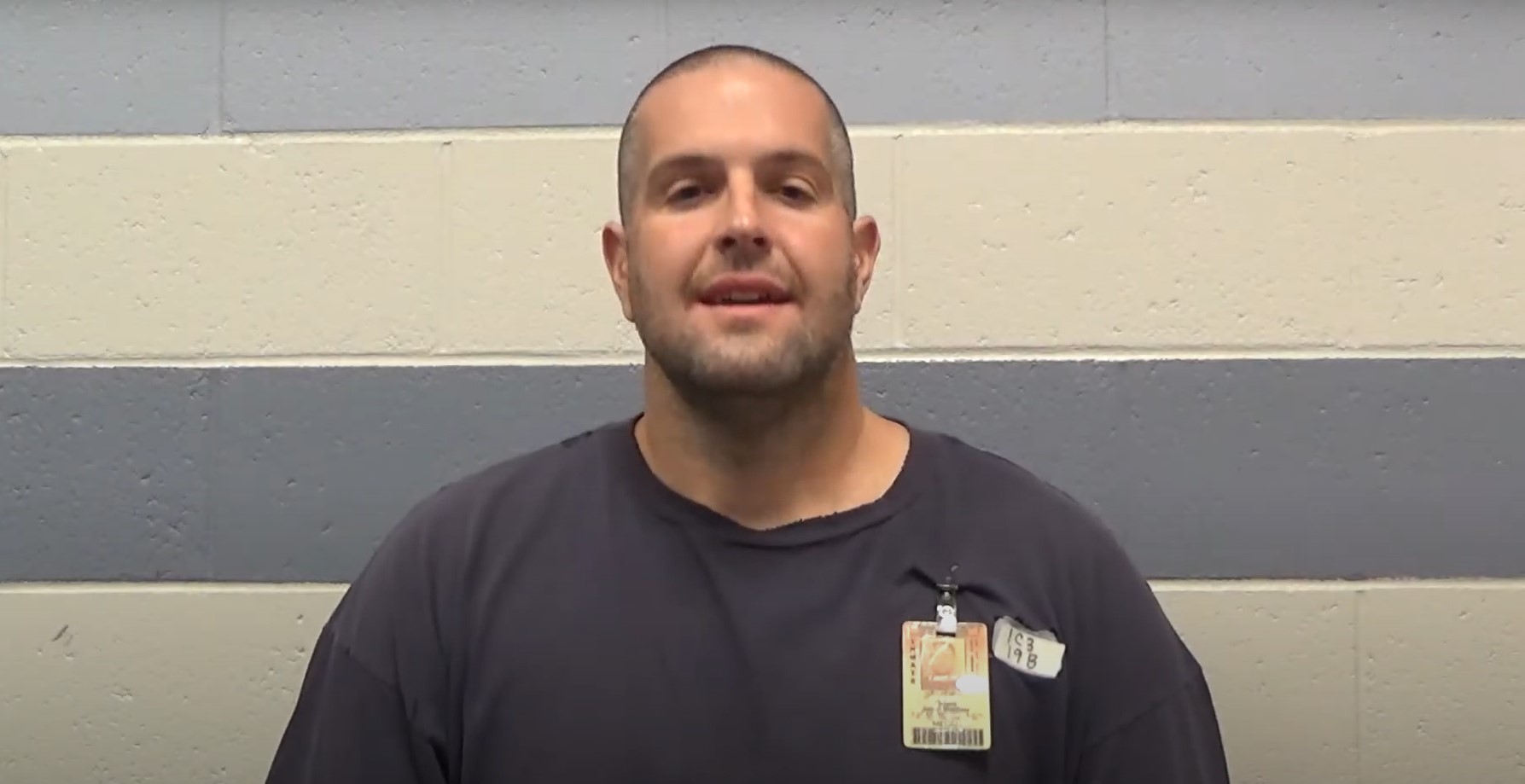 If you were to ask Jason Bown, the very one who wanted to watch the world burn, he'd tell you that's precisely what it is. In 2001, Jason was sentenced to spend 20 years in prison. For his first two years behind bars at Snake River Correctional Institution he continued to be that hostile AIC. In his third year, however, he decided to apply for an opportunity available in his facility, an opportunity with Oregon Corrections Enterprises (OCE). He began training at their call center.

"When I came to prison, that bitterness was amplified during my first couple years before the call center," Jason admitted. "The daunting thought of all the time I had to serve, nothing to do every day, and the corrosive and toxic nature of the prison environment... I was on my way to becoming something even worse."

The mission of OCE, in partnership with DOC, is to prepare AICs for reintegration into the workforce by providing effective work and training opportunities. OCE provides real-world opportunities from which AICs can earn real rewards, both while incarcerated and beyond the prison walls.

"This is one of the only programs that give inmates real skills and opportunities to gain employment upon release," Jason states. "What exists here within in this program is an environment and an opportunity that is absent from the rest of the entirety of DOC."

OCE allows public and private enterprise to come into the prison through programs, which include call centers, commercial laundries, wood, metal and garment manufacturing facilities, graphic and computer-aided design, and even a sign shop, all of which replicate the outside world work experience in every way possible behind prison walls. From the formalized hiring process to the training, performance reviews, promotions, awards and bonuses, through even the technology used to clock in, participation in the program is as real as a job gets… which is the point.

Jason spent his time in the program working directly for the subcontractor, Demand Lead Generation. Through partnership with OCE, Demand provides opportunities in telemarketing-based sales-lead generation for business-to-business organizations. Through comprehensive training, Jason was able to work his way from phone agent to trainer, to floor-lead, to customer service rep, to what he does now, business development.

"I have the pleasure and responsibility of helping grow the program by contacting prospective new clients and recruiting them to utilize our services, thus helping them grow their business."

From an outside perspective, some have decided this is a negative. They see partnerships between prison entities and corporations as businesses profiting on the backs of prisoners – cheap labor under the guise of a re-entry program. From an inside perspective, however, this simply isn't the case.

Unlike other prison programs, every opportunity offered by OCE is a voluntary one. AICs who take advantage of them can walk away at any time. Those who voluntarily participate are rewarded through monetary awards that are far greater than any other opportunity in prison. But for many, the monetary awards are beside the point.

"When you look at me, if you see someone being taken advantage of or exploited, you're just choosing to be blind to reality," Jason reasons. "The truth is, I'm the one doing the exploiting. I've taken full advantage of the opportunity this program and the wonderful people involved provide. I've used it to turn my life around; I can be more than I ever had the ability to be on any other path."

Companies whom partner with OCE on these programs get it. Yes, they benefit financially from the partnerships, but if that's what this was about for them they would outsource to resources in other countries, with far less risk of negative optics. This is about something far greater.

There is no doubt this is about second chances for all stakeholders. Thanks to the partnership, Jason is now leaving prison and headed straight to Demand as a valued employee on the outside. They've hired him, even before DOC signed his release papers.

Without this partnership, who knows where Jason would be headed now. Statistically, his odds at success would not have been great.

Jason answers for himself. "Released upon society, I would have gone back to the only thing I've known. I would have hurt more people, destroyed more lives."

Instead, Jason is already employed in a successful job, already a productive member of society, which will undoubtedly positively impact all around him.

"This program, what it's done for me, makes the world a better place because it changes people like me and gives us a genuine chance at a better life. Who can put a price on that?... I wake every day with the foundation of my purpose focused on being the absolute best version of myself that I can be. That grew from the seed this program planted, and it will be with me for the rest of my life."

Jason may sound like an anomaly, or an exception to the norms of incarceration. He is, as far as most prison reentry stories go. But for the partnership of Oregon's Department of Corrections, Oregon Corrections Enterprises, and establishments like Demand, this is simply another success in a long line of successes — a mission being accomplished one AIC at a time. Together, they have created a land of opportunity in the unlikeliest of places. It's just up to the individual to explore it. 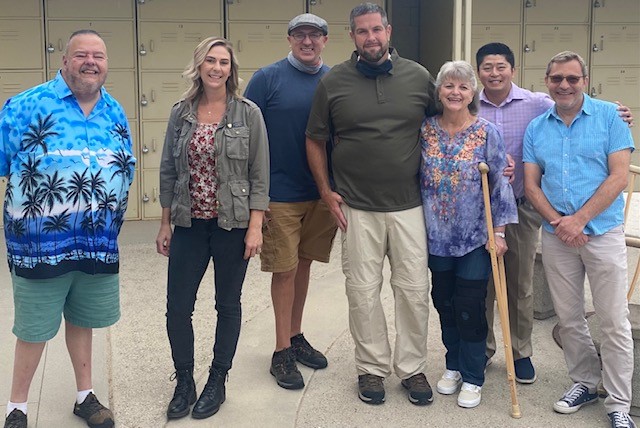 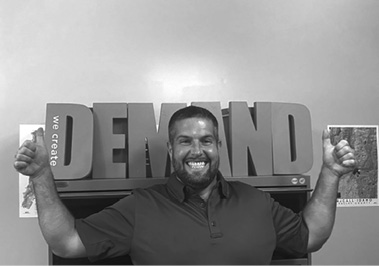 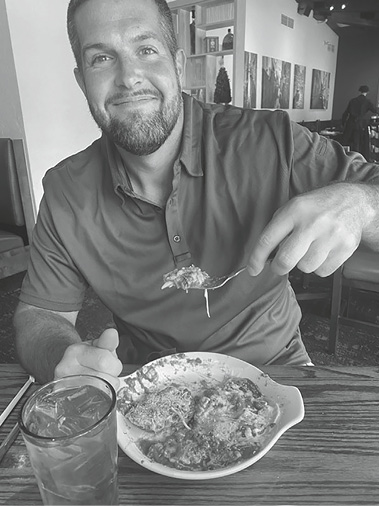