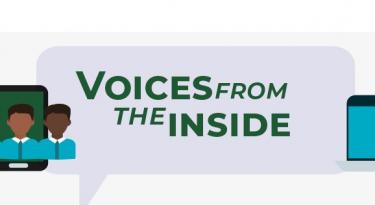 VOICES FROM THE INSIDE - VOLUME VI


Hear My Voice - "I'm a lifer; I've been in a long time, and I've had the opportunity to witness the benefits to different men that have come in and gone out since I've been doing time."

The Hear My Voice video series is OCE's response to the desire of the men and women in our programs to have a platform to speak to the community. These videos were made to allow them to express their thoughts by speaking from the heart. This series offers a chance for those wishing to personalize themselves, to let the public see they are people who prefer to speak for themselves. They are aware of the societal climate pushing for changes and they are not in complete agreement. Sometimes a letter is not enough; it is easier to have a conversation, but if they did write one it will be included with the video.

"OCE in Oregon provides an opportunity to do work and training that will benefit men when they are released. But it also provides a way to do meaningful work within the system."

"It requires a different level from you than it does just doing time, just being a prisoner. That's beneficial. It teaches men how to behave, how to act in a workplace, how to conduct themselves. And it teaches teamwork."

"A lot of men would like to see more job opportunities in fields that are more relevant today in society perhaps than a laundry job or perhaps even a print shop job. They would like to do things like computer coding, web design. They would like to be able to get out of here and have some job training in areas as carpentry, and also just to say electronics assembly, things like that. But I also recognize that OCE has been greatly constrained over the years not to be seen as a competitor to businesses in a society, a community in which we live."

IN MY OWN WORDS - ARNOLD, OCE PROGRAMS 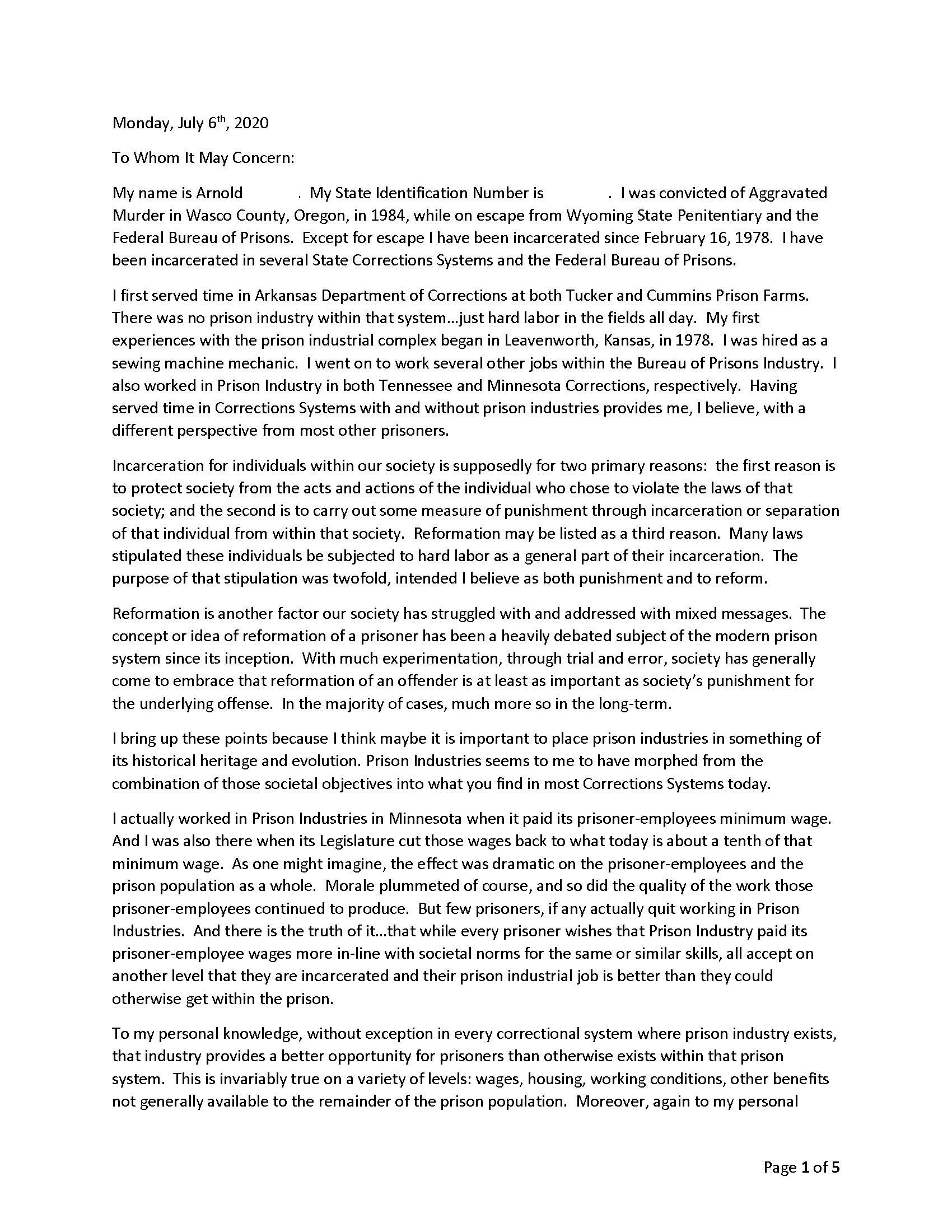 Reformation is another factor our society has struggled with and addressed with mixed messages.

"OCE simply cannot deliver its potential results without developing a broad, strong partnership with Oregon business leaders, with support from the Oregon Legislature. OCE's mission is to provide job training for not just prisoners, but for men and women who are Oregon ciitzens and will be reentering Oregon cities and communities. OCE needs to be able to train men and women in those job fields that are present in society, in communities, and it needs partnerships with the businesses and industries in those communities to successfully do so.

We have received many letters and continue to see more come in. The responses have been fairly well-rounded with a range of positive, negative, and neutral tones. We want to share with you a letter we received from Arnold. Arnold resides at Oregon State Correctional Institution and has the personal experiences to back up his assertions. Having worked in and out of prison industries in multiple institutions across the U.S., Arnold's perspective of the value of OCE is based on first-hand experiences. What he has to say in the following letter is real and in his own words.