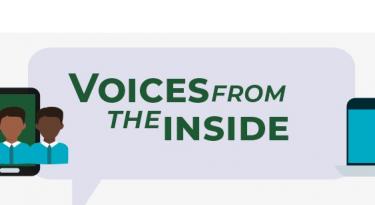 VOICES FROM THE INSIDE - VOLUME IV


Hear My Voice - "How can I address these issues with my concerns for problems and come up with solutions?"

The Hear My Voice video series is OCE's response to the desire of the men and women in our programs to have a platform to speak to the community. These videos were made to allow them to express their thoughts by speaking from the heart. This series offers a chance for those wishing to personalize themselves, to let the public see they are people who prefer to speak for themselves. They are aware of the societal climate pushing for changes and they are not in complete agreement. Sometimes a letter is not enough; it is easier to have a conversation, but if they did write one it will be included with the video.

"I have a low self-esteem sometimes. And, what I don't have a low self-esteem about is my work position. As a ticket builder in OCE for the Print Shop, I am confident in that position, and I am confident in my staff that oversee me, that supervise me. I personally, I don't have a problem with that personal interaction. I have a problem with the system where it's designed."

IN MY OWN WORDS - JEFFERY, OSCI PRINT SHOP 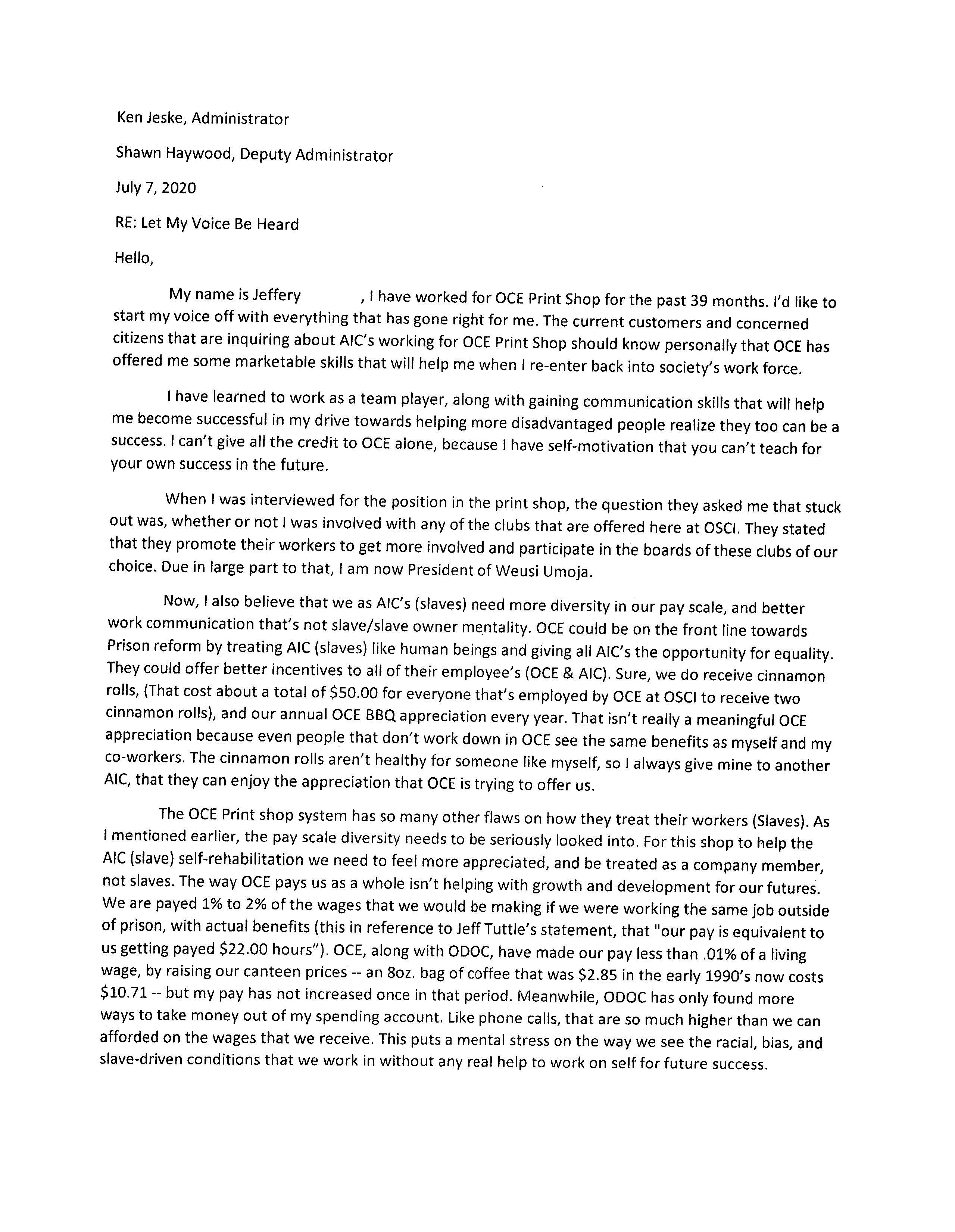 Don't fool yourself, we (Prisoners) are still slaves no matter what the race.

"The white AIC (slaves) have more privileges than the other slaves here in ODOC. Yes, we have white privilege inside this prison system, as America has grown on these beliefs over the past 400 years. This also goes for the United States Constitution. Both of these documents (Oregon Constitution & United States Constitution) promote slavery for all prisoners (another way of saying Slaves) in the United State of America. The issues that plagued our country in the past are the history of our great country, and the State of Oregon is so entrenched in these beliefs that a few letters from some of the slaves (AIC's) housed in ODOC isn't going to change the way we look at ourselves, let alone the way concerned citizens will look at us. In fact, we do not trust that negative criticism like this will even see anything but the shredder."

We have received many letters and continue to see more come in. The responses have been fairly well-rounded with a range of positive, negative, and neutral tones. We want to share with you a letter we received from Jeff. Jeff resides at Oregon State Correctional Institution and has a different perspective to share. Jeff expresses his views and ideas, and offers methods to achieve them. What he has to say in the following letter is real and in his own words.